Would you let someone peek inside your fridge? 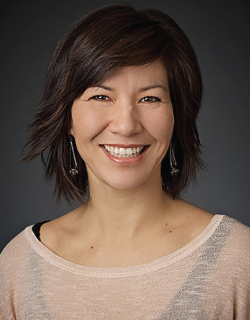 Chrissy Cralen may just be the most trusted person at Moda. How trusted is she?

When Moda Health members get to know Chrissy, they dont just invite her into their homes. They invite her to open their refrigerators and take a long hard look at whats really going on inside.

As a Lead Health Coach with our Healthy Foundations team, Chrissy partners with Moda Health members who work at the City of Portland. As we help people grappling with multiple health issues, we reach out to them directly  no involvement with their employer  and invite them to take a trip with us. If they sign up, we help them build a Healthy Foundation.

The first step, Chrissy says, is just getting acquainted. We often meet at a coffee shop, or in a neighborhood park.

Up next: a home visit. Because so much of our health depends upon our social network, Chrissy often gets to know, and to work with, the entire family. She emphasizes that the program, which is free and completely voluntary, has a simple goal: To complement, not to replace, primary care.

Currently there are almost 300 City employees enrolled; a typical engagement lasts 12 to 18 months. But as far as were concerned, Chrissy says, even after you graduate, youre always in the family. We stay connected.

Chrissys role may involve everything from shopping with the family  introducing them to healthier options  to actually cooking with them. The day we spoke she was gearing up to show a member how to make a vegan meal: Cashew cream alfredo sauce over whole-wheat noodles with pesto-stuffed mushrooms.

Chrissy grew up in Baltimore where the Chinese side of her family was obsessed with food. I grew up, she says, with family banquets that involved 50 people around the table! She went to college in Florida and in California, with a focus on cultural studies.

Early in her career she worked as a dietitian specializing in cardiac rehabilitation. Thats a fancy way of saying she helped people build healthier hearts. She joined the Moda team in 2018.

The most satisfying part of her job, she says, is that sense of being let into someones life. Establishing trusting and intimate relationships.

Which brings us back to opening up those fridges.

Yes, Chrissy says, she really has seen it all. But shes learned not to judge.

At Moda, she says, were not about fixing people. Were about helping them tap into what really makes them feel good.

Find us on all the popular social places.